Dr May Berenbaum is an entomologist who focuses on the coevolution of herbivorous insects and plants. Trained at Cornell and Yale, and currently both the Department Head and a Professor of the Department of Entomology at University of Illinois, she is dedicated to teaching and cultivating science literacy. Her work has developed our understanding of insect-plant relationships and their crucial roles within ecosystems, in addition to generating insightful agricultural practices. Having 6 books, 35 book chapters and over 230 peer reviewed papers to her name, Berenbaum is a considered one of the most respected entomologists in the world and a pioneer in her field. 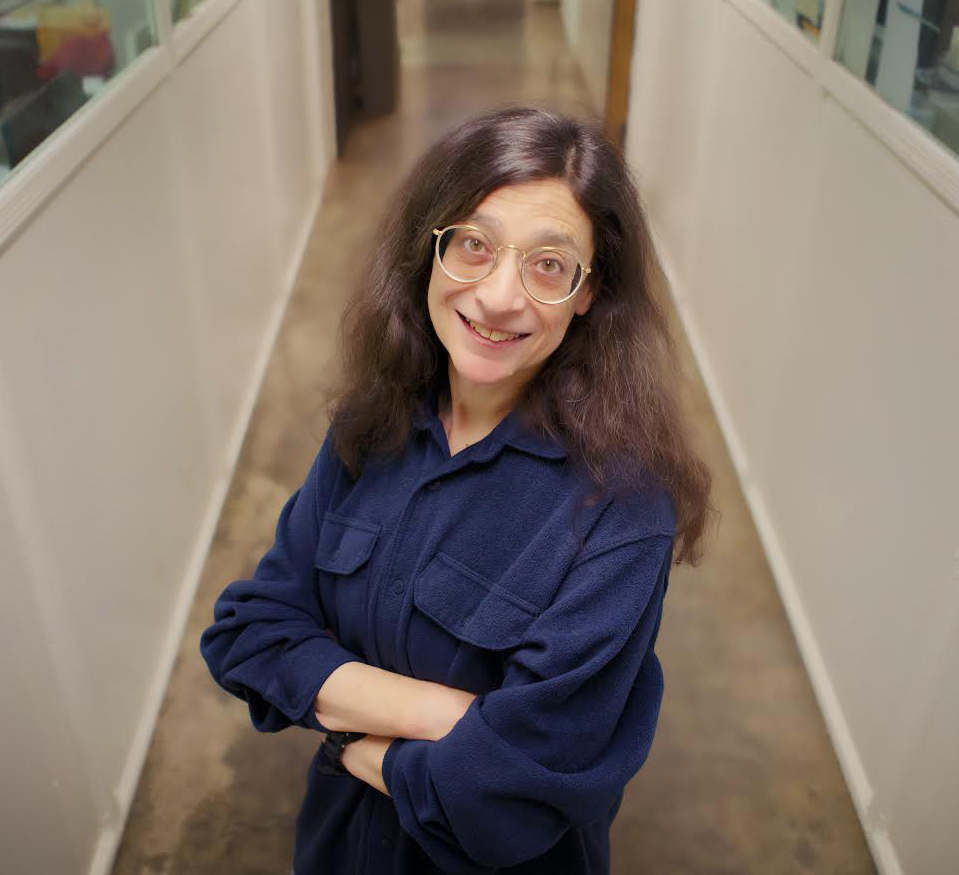 Since winning the Tyler Prize in 2011, Berenbaum has continued with her work, specifically looking at how insects are able to break down synthetic and natural chemicals, and the role of rapid evolution. She also discusses the benefits of insect protein and describes the bleakness of a world without insects.

What have you been working on since winning the Tyler Prize?

We’re still working on a project I started as a graduate student 30 years ago – it was also the focus of the talk I gave at the Tyler Prize lecture. It’s an interaction between basically a roadside weed and a nondescript little brown moth, but it really is a model system for understanding evasion ecology, and the insect-plant relationship and chemical defense. It doesn’t look like you can learn a lot from it, but it’s actually an inexhaustible source of information.

Another is on honey bees, trying to understand with how they deal with both natural and synthetic poisons. It’s become very important to understand how honey bees process all kinds of chemicals because they are now living in a world where they encounter more chemicals than they ever have in their entire evolutionary history.

Then there’s another project that we’ve been working on researching caterpillars called the Navel Orangeworm. It is a major pest of pistachios and almonds in California, which is economically very important. But my main interest in this caterpillar is that unlike most caterpillars which feed on a very narrow range of plants, the Navel Orangeworm feeds on at least a half a dozen different plant families and generally makes kind of a nuisance of itself. The question as an ecologist that I had is “How has it managed to cope with so many different kinds of plant chemicals?” Because every plant family has its unique set of chemicals. Most caterpillars get very good at a very narrow range of chemicals. The Navel Orangeworm seems to be able to handle anything, and it may do that because it partners with a fungus that it spreads from orchard to orchard, from tree to tree, and the fungus does the heavy lifting in terms of breaking down plant defenses.

What is important to know about insect-plant relationships?

Well, plants can’t run away, they can’t physically subdue their enemy, so they make chemicals and engage in chemical warfare.

One thing we’ve been able to show is that there is rapid evolution.

In my specific study, the invasive species is a weed called wild parsnip, and that’s been around for several hundred years here in the US. But in the middle of the 19th century, a European caterpillar (a European moth) was accidentally introduced into North America. When the natural biological predator of the wild parsnips showed up, the plant’s chemistry changed very quickly and became much more toxic.

It’s a co-evolutionary arms race. So back in the 60s there was this escalation in the arms race where Russians would develop a weapon, the US would develop a counter weapon, Russia would develop a counter-counter weapon. That’s what happens with plants and insects. They call it the co-evolutionary arms race because there’s two species that are locked in this reciprocal warfare basically. So the caterpillars have become better at finding the plant, at breaking down the toxins, and basically recalibrating the system. To combat the caterpillar, the plant gets more toxic.

This can then be applied to how insects deal with pesticides and synthetic chemicals.

Why is there such rapid evolution?

Well they’re insects. They’re as one famous entomologist put it, their evolutionary clock ticks faster. They have a shorter generation time, they have large numbers of offspring, so those are conditions that favor rapid evolution.

And we are exerting tremendous selection pressure. With pesticides, we’re not just killing one or two, we are aiming to kill 99% of a population and that selects for rapid response in this sort of arms race kind of analogy.

What is the result of rapid evolution?

The Navel Orangeworms have developed resistance. That’s hugely important to growers in California as a lot of pesticides have been recalled because they present as a threat to human health. And then some are expensive to use. One of the cheaper, newer products was approved around 2010, and here it is 2018 and the Navel Orangeworm is already resistant to it.

Why not try to eradicate pests entirely?

Well nobody really knows what the consequences may be of exterminating an insect species. People have made the case that there are certain species like Aedes Aegypti, the Yellow Fever Mosquito. It has no host other than humans, it is a major vector or carrier of human diseases. It lives in human altered environments. You don’t really find it in the wild, you find it in discarded flower pots and soda cans. And people have argued, well, no one would miss it.

But like the Navel Orangeworm, it’s hard to know. The Navel Orangeworm is a native species, it’s not an invasive pest. It’s native to the southwestern US, and nobody knows what else it might do, what other food webs it’s connected to, or whether another organism may depend on it.

For all we know people will stop growing almonds or pistachios, people will lose their taste for them or the growers will move on to other crops. So yeah, it’s not our goal to eradicate them. That would be hubris, for us humans to think we should decide the fates of species.

Do you have an ideal goal for pest management?

The ultimate goal is something called Integrated Test Management where we used the most sustainable, most ecologically compatible and most economically favorable measures to manage, not control, but manage insect pests.

Integrated Test Management is the concept that was put forward in 1959 and people keep forgetting about it. I mean it’s just so tempting to go in and just spray pesticides. But in the short term there’s a new product that was released and developed, and redeveloped and re-released, and in eight years it’s useless. So spraying is not in our best interest. Sustainability is important. So essentially the ideal goal is to implement control measures that will last a long time and not harm other organisms that aren’t the targets of the control chemicals.

There are many, many natural products that are used as sort of safer alternatives to synthetic organic insecticides. We’ve made some promising leads by looking at some plant oils that seem to work pretty well against the Yellow Fever Mosquito. As they’re cooking oils, people can buy them off a shelf in a grocery store,

It would be not just grim, it would be disgusting. Among other things, insects are the major garbage haulers of the planet. So dung, dead bodies – most of the heavy lifting is done by insects that eat carrion. They can break down connective tissue. Dung Beetles bury dung and actually return nutrients to the soil. So if we didn’t have the six legged clean up crew, it would get pretty rank here on Earth.

Do you think humans should start to make insects part of our diet?

The human species probably evolved eating insect protein, and we may even have developed some of our sensory skills and dexterity based on a dependence on extracting insects from complex environmental matrices like termite nests. So we have a long history of eating insects, which has diminished a bit in western civilization, but there’s been a renaissance of sorts. It’s a longer lasting renaissance than I’ve seen historically because insect protein is as nutritious as other kinds of animal proteins. But producing insects has a much lighter impact on the environment.

Rearing insects requires way less water, produces far less in the way of greenhouse gases, and is more nitrogen efficient. So for feeding masses of people, insect meat makes a lot of sense.

I’m a vegetarian, but entomophagy has gained a lot more acceptance lately and there are all kinds of startups, venture capital type funded startups trying to get popularized insect based food item. I even saw cookies in Chicago O’Hare Airport Exo Bars which have cricket flour in them.

How could we incentivize people to start eating insects?

We humans in terms of our dietary habits are novelty seekers. So part of the appeal is novelty.

Another part of the appeal is the globalization of cuisines. So insects are staples in a lot of Asian cuisines. So as Asian restaurants proliferate, occasionally people will encounter insect items.

Also in that Filum are crustaceans, and nobody thinks twice about crabs, lobsters and shrimps being disgusting. Everyone eats crustaceans without blinking, without recoiling in disgust, but really they’re pretty closely related to insects.

How has winning the Tyler Prize helped advance your research?

It was a Godsend because it was basically unrestricted funding so we could start new projects and get the preliminary data we needed. It helped us bridge periods with no funding. So for all of the projects I talked about, there were periods where I had no federal funding, or no source of funding. Winning the Tyler Prize meant we could get started on new projects and continue our work on initiatives in fact that I didn’t have any specific funding for. It let us expand our efforts globally and not only make new discoveries about insects, but also to maybe change people’s lives and for that I am just unspeakably grateful.

Finally, what do you think is the greatest environmental challenge we are facing?

Global Climate Change is one, world hunger is another, habitat destruction, but maybe the one thing that we have no way of fixing at the moment is biodiversity loss. When something’s extinct, that’s it, we’ve lost it, it’s gone.

I mean we can maybe mitigate climate change. We can change the food distribution pattern so that there’s more equitable distribution of food. But once a species goes extinct, it’s forever, it’s gone. We can’t recreate it. So in terms of threats without obvious solutions, immediate solutions, I say biodiversity loss.