Dr. Simon Levin is the James S. McDonnell Distinguished University Professor in Ecology and Evolutionary Biology at Princeton University. His research into the understanding how macroscopic patterns and processes are maintained at the level of ecosystems and the biosphere have helped create environmental policies and facilitate understanding of the complex relationships that exist within nature. For this, Levin was awarded the 2014 Tyler Prize. 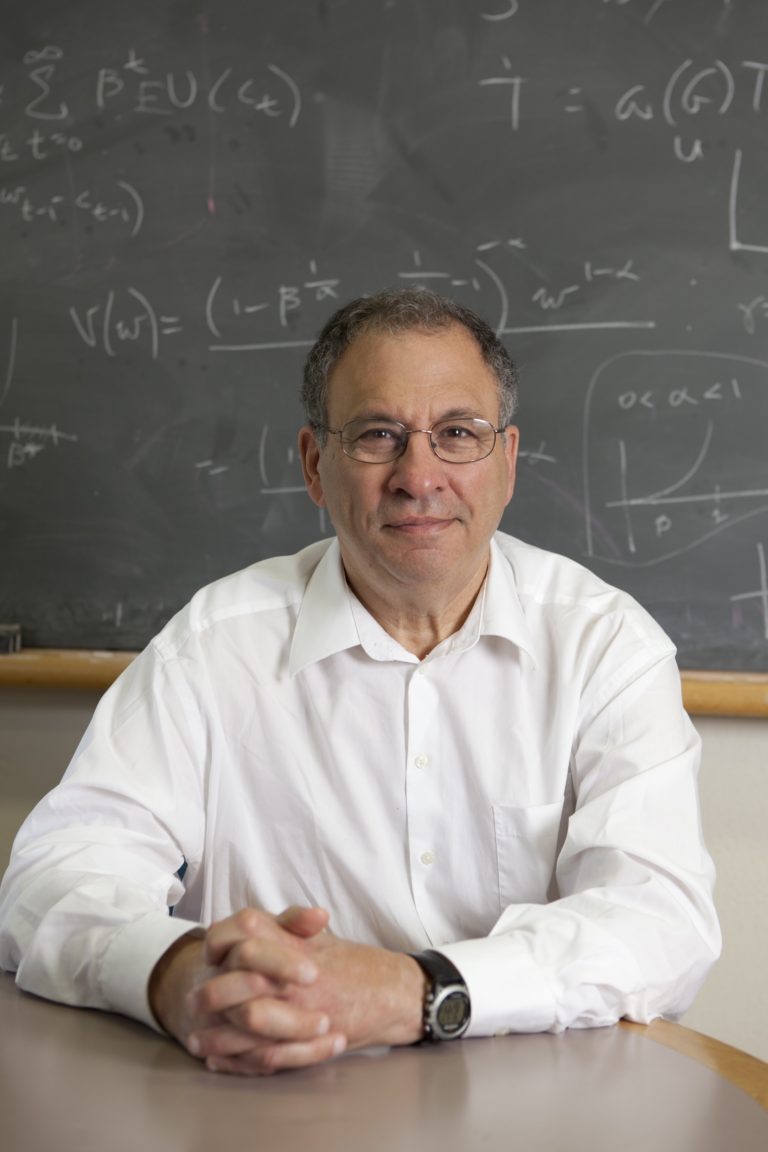 Since then, his research interests have focused on the parallels between ecological systems, and financial and economic systems. As part of this, he is researching the evolution and ecology of collective behaviour, from bird flocks to human decision-making. Levin continues to advocate for the environment by putting it in the perspective of business investment sustainability.

What are you currently working on?

For almost 20 years, I realized that what’s really lacking in dealing with environmental problems is enhancing the interface between the ecological sciences, and related natural sciences and the social sciences in particularly economics. That you can’t solve environmental problems without really exploring the interface between natural systems and what they mean to societies, both in terms of the benefit societies derived from them, in terms of society’s willingness to do something about them. So I’ve been working with social scientists to try to address these problems through thinking about the straightforward things. Especially in terms of: how do we deal with problems of the Commons? How do we get people to cooperate, where they may view their own self interest selfishly? Such as preserving the environment.

How are you going about doing your research?

At a variety of scales. First of all, I’ve always gotten by thinking about these questions in extraction and trying to develop frameworks for addressing these problems. The next step, which we’re doing increasingly, is to work with people like Elka Weder, or Scott Barrett and Astra Dannenberg to try to understand how people make decisions and how they’re influenced by other people.

I’m also interacting increasingly with decision makers in various categories, to try to convince them of the importance of these problems and to influence the way they make their decisions. For me, at a time when governments are perhaps not the most promising, is corporations, hedge funds, and other big investment funds. They’re beginning to worry about the long term sustainability of their investments in the face of climate change.

I’ve been in discussions with people from a number of insurance companies, consulting firms, investment funds and hedge funds who are worried about this and we’re hoping to bring together a meeting among like minded people to work through these problems. I think that various companies, especially in investment companies are realizing that they’ve got to have a long term view. There are a number of factors that are eroding the short term success that they’re having and if they don’t turn their attention to these environmental problems, then all of their investments are in danger.

I was also at the UN in May as the Keynote Speaker on our success in dealing with Sustainable Development Goal 15, often called life on land, which addresses the erosion of our diversity. So not just the corporate sector, but the UN has been concerned with these issues.

Why the focus on businesses?

Business people are recognizing the importance of longer term thinking to some degree, but they still have to produce results on a quarterly basis. So we have to look to those whose responsibilities or social conscious encourages them to take the longer view. And there are a number of businesses and particularly the larger insurance companies, that need to worry about this.

They’re worried just about climate change, they’re worried about other factors that are still on the horizon, but they take on a 20 year perspective, become serious considerations. So I recognized that many business leaders were worried about climate change – they recognize the importance of this, recognize that in the long run it was going to raise the sustainability of their own investments. For me that represents hope for the future.

What business leaders are you currently talking to?

We’re hoping, in early 2019, to bring together a meeting among like minded people as we try to work through these problems. I’ve been talking to a number of people but the principal person is Ann Maria who’s at Norges Bank. She has decided she wants to commit her energy to addressing these crucial problems. I can say that they’re very interested in these issues in terms of shifting their investments from entirely carbon based proceeds, such as oil and mining, to a more sustainable portfolio to address these issues.

Another person who is central in these discussions, is someone like Georg Carl who was the founder and former executive director of the United Nations Global Compact, and is also the chairman of the asset manager, our best partners. He stepped down as director of the Global Compact, but he’s been in discussion where there was. So those were the only two names I think I should mentioned at this point, but there are a number of others that we’ve all been in contact with.

What is the current environmental issue you are most concerned about?

I think there are a range of urgent environmental problems.

However population growth is also a problem we haven’t solved. It’s a problem now, given the fact that local populations are coming into conflict with each other. I think in addition to the usual environmental problems one thinks about, I think one has to recognize that the increase in conflict levels in the world are constantly due to increasing population. Water availability and clean water is another problem that is of increasing importance. Food and adequate food for the world and minimizing the unintended externalities associated with the agricultural and food distribution system, is a problem of current urgency.

I should also mention are astounding loss of biological diversity and the services that ecological systems are providing to humanity which we are losing. And it’s not just the gradual loss. We have the potential for a system collapse.

Finally, the spread of infectious diseases and in particular the increase in levels of antibiotic resistance. Which I think is a really frightening problem. We are on a very short time scale of eroding something we take for granted, that is protecting us when we have to go in, for example, for surgery in the light. We’re in danger of returning ourselves to the pre-antibiotic era which I think would have devastating consequences.

What did you appreciate the most about receiving the Tyler Prize?

I think most of us who have won Environmental Prizes, are doing what we’re doing, not to receive a reward for it, but because we’re motivated to do it, and we’re going to keep doing it. I think that winning a prize like the Tyler Prize brings attention to our work, but more importantly how our work contributes to the environment. But it’s certainly nice to be recognized, and the Tyler Prize is the most distinguished prize in the environment. It was clear when I learned about this Prize that it was the premier prize in the field of environment.

Of course, getting to know the other people in the Tyler community, including the previous recipients is a definite plus. It’s a wonderful community to be involved with, but I think the major benefit is the attention that it focuses on this work and for that I’m very grateful.