Jonathan Patz is a member of the Tyler Prize Executive Committee and Director of the Global Health Institute at the University of Wisconsin-Madison. For 15 years, he served as a lead author for the United Nations Intergovernmental Panel on Climate Change (or IPCC), and he is a Member of the National Academy of Medicine. Jonathan Patz has written more than 200 scientific papers with more than 100 peer-reviews, a textbook addressing the health effects of global environmental change, and co-edited the Encyclopedia of Environmental Health (2011). He is currently the John P. Holton Chair of Health and the Environment, Vilas Distinguished Professor, and Director, UW-Madison Planetary Health Scholars Program.

We spoke to Professor Jonathan Patz about the Tyler Prize Laureate 2022, Sir Andy Haines, who was awarded for his impactful work in Planetary Health, climate change, and human health.

Could you give us a bit of an overview of Sir Andy’s work?

Almost two decades ago, Sir Andy was knighted by the Queen for his work in public health and preventive medicine. He was the first health professional to identify climate change as a serious threat to human health, and he had the foresight to attend the first UN Climate Summit in Kyoto that established the Kyoto Protocol. This occurred three years after he published a landmark series of papers in the medical journal, The Lancet. 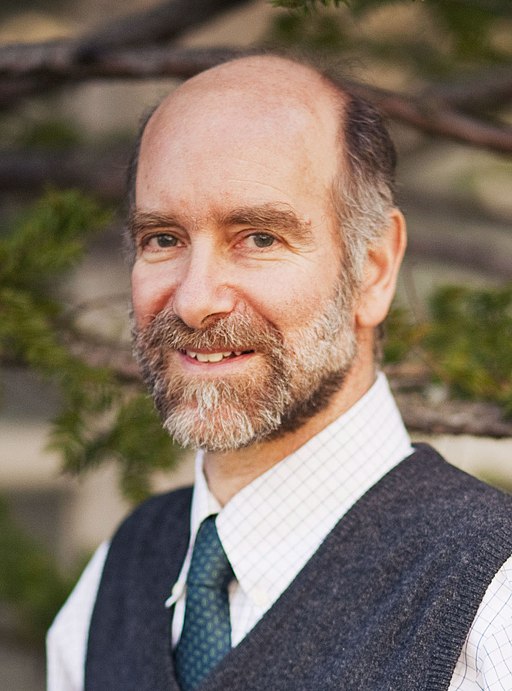 Andy Haines, along with the late Tony McMichael, was the first to point out how illogical it is to expect that we can maintain a healthy human population on an ecologically sick planet. This was the beginning of the concept of Planetary Health. Andy was among the first, along with Richard Horton, the Executive Editor of The Lancet, to come up with the concept of Planetary Health. And the amazing thing is that Andy remains out front.

Right now, he’s launching a new area of environmental public health: looking at the health benefits of climate action. For example, a clean energy system where we’re generating electricity from clean power, without coal or oil or natural gas, that cleans the air meaning we have less air pollution. So, a low carbon energy system is great for human health. A transportation system where we’re using active travel, more biking and walking, and mass transit, that promotes physical fitness. On food systems: a less meat-dependent diet and more sustainable food systems are good for the environment and good for our cardiovascular system and our health. And cities designed for people, not just private, motorized vehicles, where we have safe walking and biking and more mass transit, are very health-promoting.

So, Andy Haines has been at the front of this new area of health benefits of a low carbon economy. With Sir Andy’s leadership, the health sector is leading from the front, with green hospitals and a healthcare system that is being responsible to take care of people today without compromising the health of tomorrow. And the UK National Health Service has pledged net-zero carbon emissions by the year 2050.

How did we come to know that climate change was impacting human health and what was Sir Andy’s involvement in that and in the emergence of the concept of planetary health?

It was Sir Andy who identified that climate change threatens our health through multiple exposure pathways: be it from extreme heat in an urban heat wave, to effects of extreme rainfall, flooding and droughts, malnutrition, and the emergence of infectious diseases. Sir Andy really tuned into this to realize we need to be looking upstream: we know an ounce of prevention is worth a pound of cure. The more we can go upstream in preventing dangerous exposures, the more likely we are to benefit people’s health. For these reasons, Sir Andy, and also myself, following in Sir Andy’s footsteps, have dedicated our careers to studying the impacts of global environmental change, like climate change and health. Sir Andy not only looked at climate change but recognized that ecological degradation has its own risk to human health. And this is where the concept of Planetary Health emerged. This was really the beginning of our understanding of the problem of human survival on a sick planet.

Sir Andy Haines was at the forefront of this movement, along with the late Tony McMichael, in recognizing that human health risks of climate change are major, but we also need to think about biodiversity loss, land-use change, deforestation, coral reef destruction, and all of these global environmental risk factors that in impact our own human health.

What has been the impact of Sir Andy’s research?

Sir Andy’s scientific leadership has been consistently cutting edge. I can remember back in the mid-1990s, where his seminal series of papers in the medical journal, The Lancet, outlined all of the ways that climate change poses serious risks to our health. Then, a decade later, Sir Andy was co-leading The Lancet Commission Report on Planetary Health. So, this was opening a new field in environmental public health, where we look at ecological factors and global environmental change, ecosystems around the world, and how they influence our health. Most recently, he’s looked at how a low carbon economy, be it from sustainable energy, more sustainable food systems, and cities built for people, rather than just motorized vehicles, can benefit our health.

Sir Andy Haines initially trained as a GP. Why and how did he make the transition to becoming a world expert on climate change and human health?

It was really natural for Sir Andy to delve into climate change because if you’re a good medical doctor, as he is, you go upstream and try to prevent and not just treat and cure disease. Sir Andy saw environmental factors as key determinants of health. It is Sir Andy’s nature as a caring and compassionate medical doctor, but also as a humanitarian that led him to look at population-wide ways to improve society. He was oriented to making a big difference. Andy Haines identified climate change, ecological degradation, and its impact on health, this concept of Planetary Health, as something to really focus on that is just quintessential to our health and wellbeing. And because he’s so caring and wants to make a difference, he looked at the big things, like climate change, like ecological change, as determinants at the population level to really help human health and wellbeing and society in general. Recognizing that global environmental degradation poses an existential risk to humanity, he was willing to take the risk and step out of mainstream medicine to really take on these public health challenges in a serious way.

Can you tell us about Sir Andy’s work in climate action and health co-benefits?

I think the world has woken up to realize that climate change is real, it’s now, and it’s serious. But there’s also hope. We need to cut our green greenhouse gas emissions, in fact, we have to cut emissions almost in half by the year 2030. Andy Haines recognizes there hasn’t been enough movement in climate action. What Sir Andy has recognized is that while climate policy is moving too slowly, the health benefits from getting to a low carbon economy are really significant, such as clean fuel for energy, sustainable food, less meat in the diet, building cities for better walking and biking and low carbon emissions. And Andy Haines’s team has been out front in quantifying this and building the evidence that climate action could actually be the greatest health opportunity of our times.

Sir Andy deserves the Tyler Prize because he’s advanced the scientific evidence that climate change is a public health emergency.

You’ve mentioned that you ‘followed in Sir Andy’s footsteps’ in studying climate change. What impact has Sir Andy had on your own career?

I’m sure you know that I myself have dedicated my career to climate change and its impact on health and Andy Haines has encouraged me throughout my career. It was Sir Andy Haines who inspired me when I read his early work in 1991, and I saw his research paper. I called him up and he welcomed me to get involved and we had a wonderful exchange. He just took me under his tutelage and really helped encourage me to get involved. Andy Haines has just been so encouraging and so humble in what he’s done for climate change and its link to health.

TEDx: Climate Change is Affecting Our Health. Is There a Cure?  | Jonathan Patz