A Brief Conversation with Dr. Maria Neira, from the World Health Organization (WHO) about 2022 Tyler Prize Laureate, Sir Andy Haines.

Maria Neira is the Director of the Department of Environment, Climate Change and Health at the World Health Organization in Geneva. A physician by training, she has held roles as an international civil servant and diplomat. Among other distinctions, Dr. Neira has been awarded the Médaille de l’Ordre National du Mérite by the Government of France. 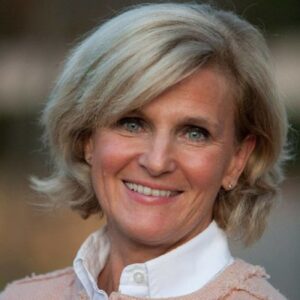 How do you know Sir Andy Haines? And what have you worked with him on?

I don’t remember when I met him for the first time… I just remember that we started to talk about climate change and health. We quickly developed the same ideas and we started to multiply our efforts because I think we are both very passionate about climate change and health. I’ve been absorbing as much as I could from him and thanks to his knowledge, he has contributed a lot to the work of the World Health Organization (WHO).

Why does public health or global health need to include things like climate change? Aren’t they two different issues?

Many of us are convinced that the real driving force, the engine for moving this climate change agenda is health. Perhaps for too long, we have been focusing on polar bears, glaciers, and planets, and that sounds a little bit distant for people. The moment you make the connection with health, there will be much more ambition and people will be much more motivated to do something about it.

You trained as a medical doctor first before working in the field of climate change and the environment, just like Sir Andy. What is it like to make this transition?

I definitely understand this transition because I’ve been through it. People used to ask me “don’t you miss the clinical work”? The answer is, of course: for several years you have treated patients, and you have been looking at the diseases that were affecting them and the people around you. But then you become more and more ambitious in the sense that you say, okay, I don’t just want to treat the patient, I want to understand why this person got sick. And then, I want to have an influence on those causes. In my personal case, I started working in a refugee camp and I was treating kids with diarrhea and kids with asthma, several times a week or month.

You start to ask yourself, “why is this child developing asthma so often?” And then you go to the refugee camp and realize that they were inhaling the smoke of an open fire. Therefore, you want to do more, you want to prevent it.

And as for Andy, I understand he was the same. He was treating patients and then suddenly you see the potential of intervening upstream when you can have an impact on the causes. And then you no longer limit your ambition on preventing diseases and reducing the causes of mortality and disease for the people.

How instrumental was Sir Andy’s research work in expanding our understanding of the environmental impact on human health?

The WHO relies heavily on experts. The beauty of WHO is the capacity to convene the best experts around the world. So, it’s not a coincidence that for a long time, we have been relying on the expertise of Sir Andy Haines. He has been one of our most valued experts for many years, contributing to our work with his experience and his publications and participating in our working groups, meetings, seminars, and conferences. He has been really instrumental in giving much-needed scientific evidence to the work of WHO on climate change and health. We hope he will continue with this work for a long time, too.

Why do we even need scientific evidence? Isn’t it obvious that climate change is related to public health?

I think it’s obvious, but it’s probably not obvious for everyone and it’s not as obvious as I would like it to be. For us at the WHO, evidence is absolutely our core function. That’s why it’s part of the role of WHO to provide the scientific evidence to support that climate change is related to public health. The evidence is so strong. No one can say “we didn’t know, we didn’t have enough evidence”. Nobody can use it as an excuse.

Providing all of this robust evidence, the work of Sir Andy and others around the world is helping us to have policy recommendations and make sure that no politician, no government will come back to us saying “well, but we didn’t have enough evidence”. No excuses.

What are the human health impacts of climate change?

We can already see the very negative impacts of climate change on human health. Firstly, it is having an impact on the key pillars of our health: water, food, and the quality of the air we breathe.

Secondly, we are experiencing natural disasters that are exacerbated by climate change that will have terrible consequences on human health.

What is the benefit of a low carbon economy, or reducing our carbon output on human health directly?

If we tackle the causes of climate change, the benefits would be enormous, fundamentally, in three areas.

Firstly, the reduction of air pollution would result in about 7 million fewer premature deaths.

Secondly, more sustainable food production, consumption, and waste management will improve our diets, which will benefit our health. And thirdly, better planning will enable more journeys to take place on foot or by bicycle which will reduce injuries and reduce risk factors like sedentary lifestyle, air pollution, etc.

Who is most impacted by climate change and why?

Vulnerable people, poor people, and people who are not contributing to the climate crisis and are the most affected.

You have droughts, you have floodings, and you have people migrating in a massive way. You have people losing their means of agricultural production and their access to safe water. Those are the ones that are not contributing to climate change but are the ones suffering.

But, at the same time, I want to stress the message that everybody is at risk of climate change, even rich populations.

One of my favorite ones is the options for the co-benefits for health. I think this has been one of the most powerful arguments. If you tackle the causes of climate change, you will be generating health benefits or co-benefits. And then he has been documenting that given the scientific evidence.

What do you think are Sir Andy’s most impactful research contributions?

Sir Andy deserves the Tyler Prize because he has been one of the key contributors to climate change and health, providing the scientific evidence that allows us now to move on very strong recommendations.

Looking ahead, what do you see as the future impact of Sir Andy’s work?

I think we have a big responsibility now, based on Sir Andy’s work and the work of the WHO, to project and to quantify what will be the future – in terms of human health benefits. Because if we quantify the health benefits, I think we will be able to further motivate more action against the causes of climate change.

The work of Sir Andy on looking at the future needs to be supported. We all need to contribute to that, to make sure that our societies will be healthier and stop destroying nature.

TED Talk: This is Your Brain on Pollution | Dr. Maria Neira

The Climate Pod (on YouTube): WHO Director Dr. Maria Neira On The Public Health Crisis Caused By Air Pollution