Paul Ehrlich is the 1998 Tyler Prize Laureate and an American biologist, best known for his work on population biology, ecology and evolution, and for raising public awareness of and shaping public opinion on resource depletion and environmental degradation.

February 11th is the International Day of Women and Girls in Science. What are your thoughts on women in science? Have we come far enough to increase diversity, or do we have more work to go?

My thoughts on women in science are very simple: we haven’t come anywhere that’s near far enough. When I joined the department at Stanford, there were no women- zero- on the faculty on campus. And now the strength of our department in many ways is female. The best environmental scientist in the world is Gretchen Daily (Tyler Prize Laureate 2020). She’s at Stanford.

No place in the world do women have equal rights and opportunities to men. We’ve made some progress in that area, but of course we had a president who waged a very successful war on women in this country. And it’s going to take a lot of time to reverse it even to the degree that we had before, I’m afraid.

There is no difference between men and women evolutionarily. They’re all capable of doing all sorts of things. And we have wasted, not just the talents of women by keeping them out of science, but the talents of people with darker skins, the talents of all kinds of people, with ridiculous notions about race and gender and so on. We’ve started, we’ve not gone far enough. We are benefiting enormously from the talents of women, but not enough yet. And we got a long way to go until there is no more gender discrimination. I’m happy to say that we have a female Vice President in the United States now. 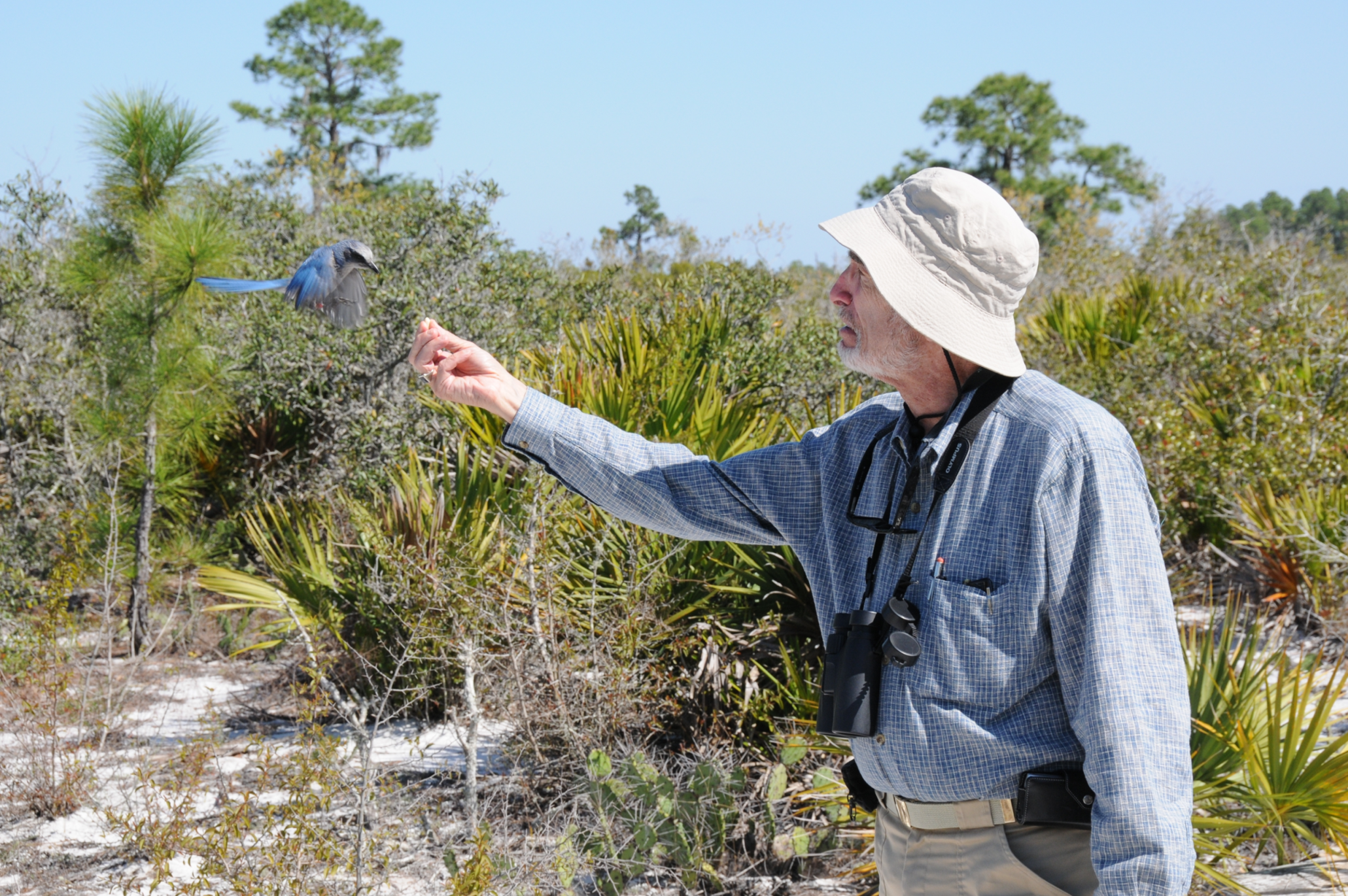 Based on your paper (‘Underestimating the Challenges of Avoiding a Ghastly Future’, Frontiers in Conservation Science, 13 Jan 2021), if the future of the environment is so ‘ghastly’, where should we be focusing? What do you believe should be the highest environmental priorities for the Biden administration and other leaders around the world?

I think the most basic thing, the one we’re least likely to get, which is one of the reasons I’m not optimistic, but the one that would do the most good, is to get leaders that get up and say, “We’ve had a really serious problem this year.”

Our economy actually grew [during COVID-19], when we should have been redistributing wealth, and not focused on growth, because growth is a disease. As long as you keep trying to have more people and more consumption by each person, then the system’s going to get down the drain. And that’s, I think, one of the messages in our paper, and it’s really critical. How do you get that? Well, one of the basic things is to give women equal rights. That’s going to slow or stop the growth of the population when we need shrinkage.

But getting a gradual decrease in the population is absolutely essential in the long run, and the way to start that, again, they have good data on this. When you give women education, when you give people access to contraception and backup abortion, and particularly, again, when you give it to women and you give them opportunities, they tend to have fewer children.

So what you’re saying is that growth is a problem? We’re always talking positively about economic growth. If we don’t have economic growth, we use negative words like ‘recession’.

Exactly. They think it’s the cure, and it’s actually the problem. By the way, there is no technical dispute on this. Everybody who’s looked at it at all, understands that growth is the problem. But you have what we call ‘daydream believers’ in economic departments working for the Wall Street Journal and so on, who have the idea you can keep growing forever on a finite planet, so they can each get individually richer.

You mentioned in your paper about the time lag between our actions and the consequences. Can you tell me a bit more about that? Why is that a problem?

What you can do, for example, is look at some of the more important feedbacks that have been mentioned a lot recently. We’re melting the Arctic ice caps. When the sun’s rays hit ice, they tend to be reflected from the planet and don’t heat it so much. If you melt the ice, instead of having ice for the sun’s rays to hit, you have nice dark water, and that warms up. So the more ice you melt, the hotter it gets. That’s one of the things. And of course the other thing is that you’re not just uniformly making the whole planet a little warmer, you’re changing the patterns of circulation and agriculture and fisheries, and so on, depend on local climates. And therefore you’re changing the local climates.

People say, “Well, in the United States if it keeps getting hotter, we’ll just grow corn in Canada.” The trouble is that the soils in Canada will take, if it warms up enough there, might take something like 50,000 years to be suitable for growing corn, and that’s a long time to fast. One of the daydream believers, an economist, said not to worry about agriculture, because it’s only 5% of our GNP. And [Tyler Prize Laureate 2000] John Holdren, he was Obama’s science advisor, said, “Yeah. And the heart is only 5% of the body too.”

You said in the paper, “The dire situation places an extraordinary responsibility on scientists to speak out candidly and accurately when engaging with government, business, and the public.” But have the scientific community been doing enough to engage the public up till now?

No, it is not doing enough. Scientists are doing better, but slowly. I don’t think we need to know one more thing on the scientific front, to know in general what directions we ought to be going. It’s not that I’m against scientific research, I tell my students, of which I don’t have many anymore, to continue your research because it’s fun. And if we get through what’s coming, you may have some results that are useful.

I had a big argument with Al Gore. He invited me to a meeting where he wanted to find ways to bring the science on climate change more rapidly to the general public. And I said, “Al, the problem is not getting the information to them quick enough, you’ve got to face the fact that most human beings are not evidence-based. We’re a small group animal, and what we care about is other people’s opinions. So you can’t make decisions without emotions. You’ve got to find other ways to communicate besides just giving them how many more degrees it’s going to rise in the next century or whatever.” And that’s one of the things that the gang that wrote the paper is trying to look at now, is how to present the responses in a way that people will grasp.

My major professor, his message to me when I was a young student was, “You haven’t finished your science, until you’ve communicated the results to other scientists.” And he agreed towards the end with me that you have to add to that, “and told the general public why it was important.”

In your article “Call To Action: Marshaling Science for Society” (BioScience, 2020) by the current and past presidents of the American Institute of Biological Sciences, you open with, ‘We find the assault by politicians and special interest groups on the use of scientific knowledge to guide public policy decision-making alarming and dangerous’. You don’t mention the T word in the article, but it’s fairly clear you’re at least partially referring to Trump. Now that Biden is President, do you think the problem is solved?

No, it’s not solved, but we’re at least started back in the right direction. There are two things that I find especially depressing. If you had interviewed me in 2014 or any of my close colleagues, we would have told you that the situation was desperate. We’ve now had four years of somebody working very hard to make it more desperate. For example, you probably have seen this in the news, Biden is now faced with getting rid of a huge collection of thugs that Trump inserted everywhere he could in the government, the basic idea being to destroy the government. Now, Biden will have power to get rid of a lot of them, but it’s going to be difficult to attract the good people who left the government. Of course, the ones that are best got the best jobs [in the private sector]. And they’re going to say to themselves, “Do I really want to go back into the government when two years from now the Republicans may take it all over again?” So that’s going to be bad.

Secondly, people keep talking about “going back to normal”. If you’re an evolutionist and you figure that modern human beings have been around for about 300,000 years, there was nothing remotely normal about 2014 or 1900 or 1850. The last few hundred years have been totally abnormal in our history. And we’re a small group animal trying to live in huge groups suddenly, and we’re doing a lousy job of it. And until that sort of thing is recognized and so on, I don’t see… I mean, I’m convinced we need another revolution of the same scale as the agricultural revolution or the industrial revolution, but not of course the same revolution again or turning it back, but we need to change human society, like somehow magically making women totally equal to men. And you can judge the probability of doing that as well as I can.

Well, this takes me to my last question, which is in your ‘Ghastly Future’ paper, you say, “What political or economic system or leadership is prepared to handle the predictive disasters or is even capable of such action?” So in your opinion, what does a good prepared system actually look like? And if you could magically impart qualities into our leaders, what would those qualities be?

Well, their qualities would be becoming much more evidence-based rather than politically based in what they do. I would want them to be interested in organizing civil society to solve the existential threats. The first thing you have to look at the existential threats, and what we need is, in my view and that of a lot of my colleagues, is a gradual shrinking of the human enterprise. Looking how far we shrink it will depend on what we learn while we’re shrinking. In other words, what we know is 8 billion people is ‘too many’. What the ideal size is, we’ll have a lot better opinion of as we go past 4 billion, let’s put it that way.