Creating fascination for the world beneath our feet

Professor Diana Wall is our 2013 Tyler Prize Laureate and an American environmental scientist and soil ecologist, best known for her work studying the ecosystem services provided by soils, and for her extensive efforts to convey the importance of soils for current environmental, economic and conservation concerns. She is also Founding Director of the School of Global Environmental Sustainability. 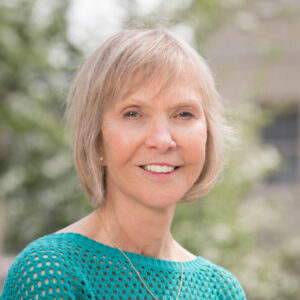 I think it’s to cause awareness to how much our lives depend on—and how all the life we see—depends on soil. We obviously tend not to recognize that, so by having a World Soil Day, I think it focuses people’s attention on, “Why should we be celebrating this day, and what does it do for us?” And besides supporting our houses and our buildings, and getting us food, which is a primary objective of what soil does, there’s also a lot of biodiversity in soil.

Twenty-five percent of biodiversity is considered to be below ground, and that is not only food for other animals in the soil, but it also is food for a lot of our endangered species. Species above ground, like birds and foxes—all sorts of animals are dependent on feeding on ants or some smaller micro-animal below ground. We tend to forget that organisms we can’t see below ground are really tightly connected to everything we do above ground, and I think that’s the importance of having a World Soil Day.

As it’s December, and we salt the ground to minimize ice and snow—does this have lasting effects on the soil?

I don’t want to be too much of a scientist about this, but yes, it does in large quantities. You can see the buildup of salt on the sides of the roads, and we know it affects the soil chemistry. If we think about soil as being a habitat for lots of organisms that are important to our lives, changes in soil salinity can alter the species that were living there.

Salt changes the movement of water through the soil. If you want to see water moving cleanly to a stream, and rainfall moving off that highway, it’s not going to move as efficiently as it would if it wasn’t salted and crusting. Having said that, in a lot of deserts and arid lands, salt crusts form naturally, but the organisms are used to them, both above and below ground. Humans do a lot of things to soils; we pollute, we leave our garbage in it, and we use salt to make our travel better without thinking too much about what it does to the soils.

So you said a quarter of earth’s biodiversity is in the land below our feet. How stable is this quarter against our changing climate?

There is a lot of information and a lot of scientific data showing that climate change does affect biodiversity below ground. Some experiments noted that the relationships of some of the species change, and as a consequence of this new community in soil, what they do for us changes. For example, there may be more parasites of plants because the predators that fed on them are reduced and very vulnerable to climate changes. I think it’s very much like above ground biodiversity, climate change is altering the composition of the foodwebs in soil that provide benefits for us. How species respond to climate change is a big issue right now with soil and aboveground biodiversity.

And if you consider that we manage land based on what we know above ground diversity, we’re discovering that it’s not parallel: aboveground protection does not necessarily protect the life below our feet.

Do you think that there is enough change happening now to correct this and manage this? Or are we projected to have further biodiversity loss?

I think we’re very concerned about climate change, with land use change. I think we’re not headed in a good direction with soils. It is ‘out of sight and out of mind’. And I think that’s one reason World Soil Day is important; to bring awareness about the importance of soils and soil biodiversity to our lives, so that not only the growers know this, but we all, including urban populations appreciate what soils provide for us.

How can we make soil more interesting to children and students? What do you wish they knew?

It’s actually a very interesting time because this huge burgeoning population of scientists and growers has recognized how important soils and soil life is. Kids love to be counting ants or getting muddy in the soil—little experiments and observations are really exciting for kids. We can explore soils and soil biodiversity, and why it is critical for our lives.

If you show children living soil and give them a lens, kids get very excited about it! They can see earthworms moving through and creepy crawlers that look like they might have come from science fiction.

We now have the Global Soil Biodiversity Initiative website, started by a group of international scientists about 11 years ago, with videos and tools for teachers. I find more people—like school kids and teachers—recognize soils than I would have ever believed 10 years ago. Because of microscopes and videos people can see the magnified, blown up real animals and fungi and plant roots and say, “Oh my gosh, is that in soil?” So, it gets the kids really excited, and me too, obviously.

A number of years ago, one of the first things the Global Soil Biodiversity Initiative did was make a huge Atlas for teachers, students, kids, it’s called the Global Soil Biodiversity Atlas, and it has some of the best pictures of the variety of organisms in soil! And I know scientists that put it on the table for their kids to look through and learn.

It’s great to hear there’s excitement for soils, because when you were saying that it’s ‘out of sight out of mind’, I was wondering how you engage the next generation of up and coming scientists in that field?

Early career scientists are fearless and driven to know more about the biodiversity in soil and how species in soil interact, “We’ve got the tools to discover what these species do, and we’re going to explore them in soils!”  At COP26, the climate change convention, there’s so much interest in not only soil and how to store carbon, that soil is a huge interest at the COP26.

New scientists are looking at this movement of carbon in the soil and how it is stored on soil particles and which animals and microbes are involved in the assembly line to store carbon.  And what does the food web look like across land or in a city? They use molecular tools to learn what’s different between sites and how evolution of species occurred, and is it the same in another ecosystem? So, it’s exciting that so many more disciplines from geologists, medicine, soil science and ecology are making discoveries about soils and the life in it!

That IS exciting! What exciting projects are you working on right now?

I’m into the Global Soil Biodiversity Initiative, which is a large network of scientists sharing knowledge. Today’s project is planning a webinar on a Global Soil Biodiversity Observatory. How do we know there’s change in soil life with climate change (droughts, floods) unless we observe soil biodiversity for a few years. It’s kind of like a bird watch at Christmas, identifying the species, and knowing what they eat, only below ground. It is going to be a big research project internationally.

Before you go, what would be on your wishlist if you could make a Christmas wishlist for the earth?

Oh, I would say number one: carbon dioxide reduction. I really hope we and our governments will do something big to reduce CO2 and other greenhouse gases. And number two on my list is addressing the loss of biodiversity. Really what I want is both! To decrease CO2 and protect the species we are losing…biodiversity.

These are united actions that we can tackle, now. What a great holiday it would be for all the life on earth if we agree to move fast on these.

Stay up to date with Dr Diana Wall’s latest work!