The Executive Committee oversees the activities of the Tyler Prize, including the selection of Tyler Prize Laureates.  Members of this international Committee are selected for their experience in the fields of relevance to the Tyler Prize and are assisted by the Tyler Prize Administrator, based at the University of Southern California. 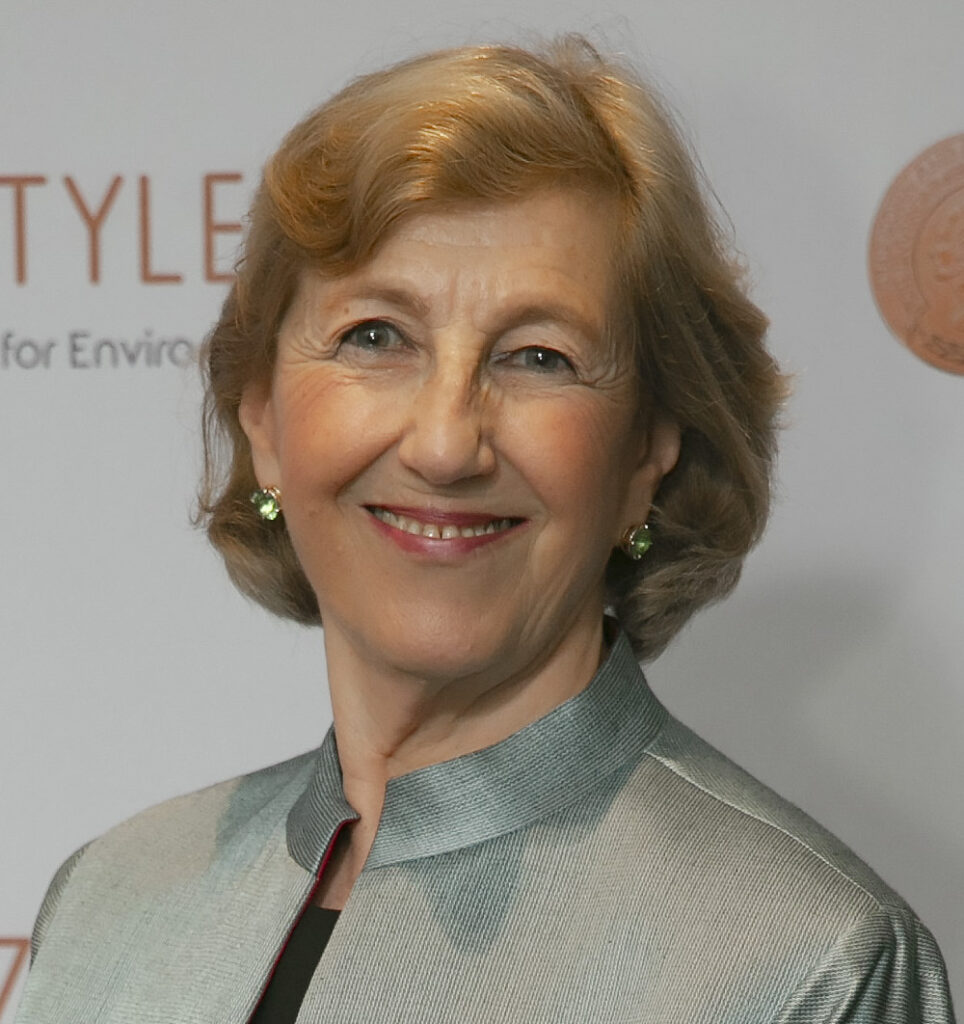 Julia Marton-Lefèvre was the Director General of the International Union of Conservation of Nature from 2006 to 2015. She is a member of a number of boards focused on environment, development, education, and good governance. She chairs the Executive Committee of the Tyler Prize for Environmental Achievement, the Donor Council of the Critical Ecosystem Partnership Fund, the Strategic Advisory Council to the Institute for Sustainable Development and International Relations (IDDRI), and the Board of Trustees of the Alliance of Bioversity Internationa and CIAT. Other board memberships include the Bureau of the Intergovernmental Panel on Biodiversity and Ecosystem Services (IPBES), the Environmental Leadership Training Initiative of Yale University, the committee of Critical Friends to Veolia, Oxford University’s James Martin School, the Global Institute of Sustainability (Arizona State University), the Prince Albert II of Monaco Foundation, and the Institute of Oceanography of Monaco. Ms. Marton-Lefèvre is a Chevalier de la Légion d’Honneur  and Officier de l’Ordre de Mérite of France;  Officier r dans l’Ordre de Saint-Charles, Monaco, and received the Lifetime Achievement Award in 2019 from the National Council of Science and the Environment.  She was the Edward P. Bass Distinguished Visiting Environmental Scholar at Yale University in 2016 and is a member of the World Academy of Art and Science and the World Future Council. 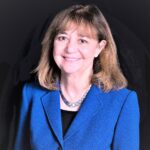 received an early introduction to pollution issues, growing up in smoggy Bethlehem, PA. Reading Rachel Carson’s The Sea Around Us at age 11 hooked her on a career to preserve the environment. Dr. Bierbaum is a Professor and Dean Emerita at the University of Michigan with a primary appointment in the School for Environment and Sustainability, and courtesy appointments in the School of Public Health and the College of Engineering. She is also the Roy F. Weston Chair of Natural Economics in the School of Public Policy at the University of Maryland. Her experience extends from climate science to foreign relations and international development. She chairs the Scientific and Advisory Panel of the Global Environment Facility, served on President Obama’s Council of Advisors on Science and Technology, was an Adaptation Fellow at the World Bank, and was a lead author of the U.S. National Climate Assessment. Rosina served for two decades in both the legislative and executive branches of the U.S. Government, including serving as the Acting Director of the White House Office of Science and Technology Policy (OSTP). She has lectured on every continent.  Bierbaum is a member of the National Academy of Sciences, a Fellow of the American Academy of Arts and Sciences, the American Association for the Advancement of Science, the Ecological Society of America, and Sigma Xi. She earned a BA (English), a BS (biology), and a Ph.D. in Evolutionary Ecology. 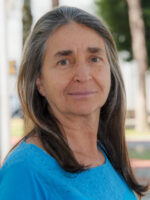 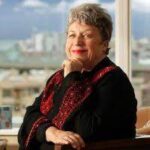 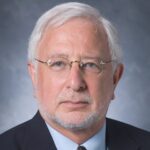 is a professor emeritus of ecology and former director of the Institute of Ecology in the Odum School of Ecology at the University of Georgia, USA. He chaired Colorado State University’s Department of Fishery and Wildlife Biology and was on the faculty of the University of Oklahoma and Washington University-St Louis. He received a Ph.D. in Biology from Yale University and A.B. degree from Washington University. Covich is a past president of the International Association of Ecology, the Ecological Society of America, the American Institute of Biological Sciences, and the North American Benthological Society. He received the Icko Iben Award for Excellence by the American Water Resources Association, the Distinguished Service Award by the Ecological Society of America, and was elected a Fellow of the American Association for the Advancement of Science and the Ecological Society of America. His research focused on the impacts of droughts, floods, and hurricanes on freshwater ecosystem services and food webs. Covich co-edited three editions of the Ecology and Classification of North American Freshwater Invertebrates, and over 150 published peer-reviewed papers and reviews on climate change and drought impacts on ecosystems. 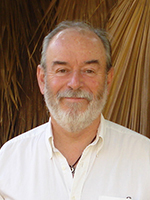 Exequiel Ezcurra has devoted his career to the study of the dryland ecosystems of northwestern Mexico and other deserts of the Americas. He has published more than 200 papers and books and developed the script for an award-winning film on the Sea of Cortés. He was honored with a Conservation Biology Award and a Pew Fellowship in Marine Conservation; he was Scientific Chair of the CITES Convention, President of Mexico’s National Institute of Ecology; and Former Director of the University of California Institute for Mexico and the United States (UC MEXUS). Currently, he is a Professor of Ecology at the University of California, Riverside. 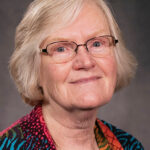 Judith E. McDowell is a Scientist Emeritus at the Woods Hole Oceanographic Institution where her research and teaching career in the Biology Department spans five decades. She was a staff scientist in the Biology Department from 1976 to her retirement in 2013, a Pew Fellow in Conservation and the Environment, Associate Dean for the MIT-WHOI Joint Graduate Program in Oceanography/ Applied Ocean Science and Engineering from 1997 to 2006, and Department Chair of the Biology Department from 2006 to 2011. Judith received her undergraduate degree in Biology from Stonehill College and her M.S. and Ph.D. degrees in Zoology from the University of New Hampshire. Her research interests focus on the physiological ecology of marine animals and the effects of chemical contaminants in coastal ecosystems. She has served on numerous national and international committees and working groups on healthy coastal ecosystems and has led several studies for the National Research Council, including Assessing Risks to Endangered and Threatened Species from Pesticides, published in 2013. She was director of Woods Hole Sea Grant from 1993 to 2017 and in that capacity, supported research and outreach opportunities at colleges, universities, and nonprofit organizations throughout the Commonwealth of Massachusetts. Currently, she is a member of the WHOI Corporation and serves on its Executive Committee.

Kenneth Nealson is the Wrigley Professor of Environmental Sciences at the University of Southern California (USC).  He received his BS and Ph.D. from the University of Chicago, and after a postdoc at Harvard, he moved to San Diego (Scripps Institution of Oceanography), where he spent 12 years studying marine microbiology. He then moved to the Center for Great Lakes Studies in Wisconsin, where he spent 12 years studying freshwater bacteria and geobiological processes in the Great Lakes. In 1997, he moved to Caltech/JPL, where he established the astrobiology group at JPL and was the project scientist on the Mars Sample Return Mission. In 2001, Ken moved to USC, where he now studies geobiology. Ken has trained more than 30 Ph.D. students, and 30 postdocs, and is actively involved in undergraduate (non-science major) teaching. He has published more than 400 reviewed papers and received numerous awards for both research and teaching, including a Guggenheim Fellowship, and Election as a fellow of American Society for Microbiology, American Association for the Advancement of Science, and the American Geophysical Union. 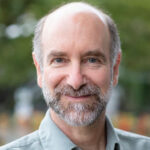 Jonathan Patz, MD, MPH, is Vilas Distinguish Professor and John P. Holton Chair of Health and the Environment, and for a decade was the inaugural director of the Global Health Institute at the University of Wisconsin-Madison. He was elected to the National Academy of Medicine in 2019 for his early pioneering work on the health effects of climate change. Dr. Patz co-chaired the health report for the first Congressionally mandated US National Assessment on Climate Change and for 15 years, served as a lead author for the United Nations Intergovernmental Panel on Climate Change (IPCC) – the organization that shared the 2007 Nobel Peace Prize. Some other awards include the Aldo Leopold Leadership Award (2005), Millennium Assessment’s Zayed International Prize (2006), Fulbright Scholar award (2014) American Public Health Association’s Homer Calver Award for Environmental Health Leadership (2015), and Chanchlani Global Health Research Award (2020). His faculty appointments are in the Nelson Institute for Environmental Studies and the Department of Population Health Sciences. Professor Patz has taught and conducted research on the health effects of climate change and global environmental change for more than 20 years and has published over 200 scientific publications and several textbooks on the subject.

Jim Watson is Professor of Energy Policy and Director of the Institute for Sustainable Resources, University College London (UCL). He is also Research Director of the Climate Compatible Growth programme, funded by the UK government’s Foreign Commonwealth and Development Office (FCDO). He was previously Research Director and Director of the UK Energy Research Centre from 2013 to 2019. Jim has over 25 years of research experience in climate change, energy, and innovation policy. He frequently advises UK government departments and other organizations and has been a Specialist Adviser with three UK Parliamentary committees. He also has extensive international experience, including over ten years working on energy scenarios and energy innovation policies in China and India and a period as a Visiting Scholar at the Kennedy School of Government, Harvard University. He is a judge for the Queens Awards (on sustainable development), and chair of the Technical Advisory Group for the World Bank Energy Sector Management Assistance Programme (ESMAP).