The Tyler Prize is honored to recognize Sir Andy Haines for his contributions in understanding the effects of climate change on public health, his leadership in expanding the scope of public health to one of Planetary Health, and for his mentorship of the next generation of health scientists and practitioners in preventive environmental health actions in the 21st century.” 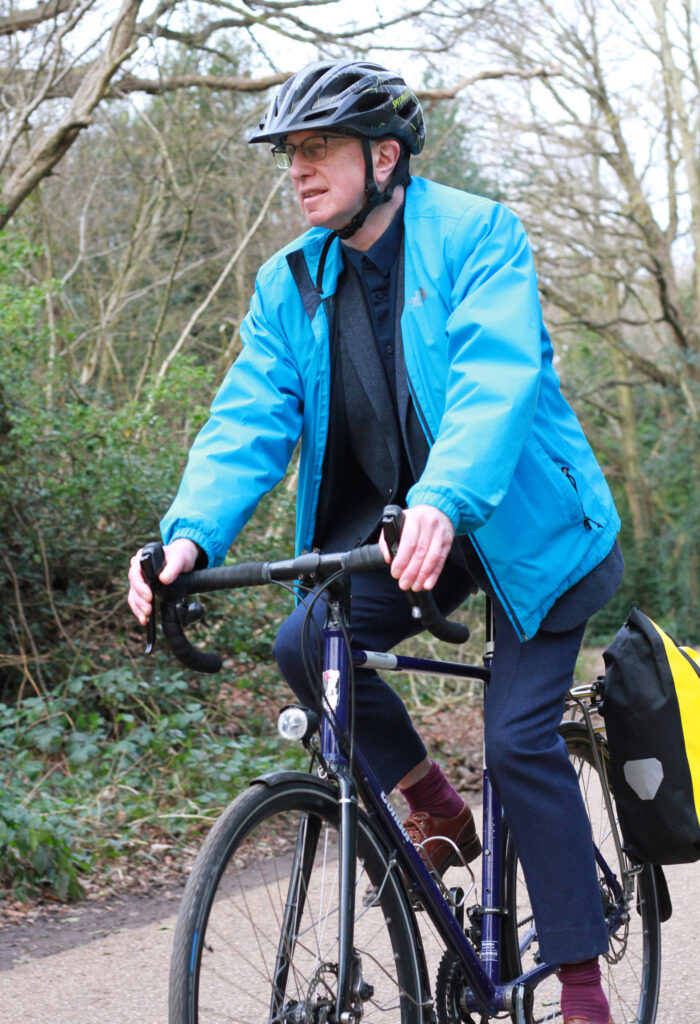 Sir Andy Haines is the Professor of Environmental Change and Public Health at the Centre for Climate Change and Planetary Health, London School of Hygiene & Tropical Medicine (LSHTM). He was Director of LSHTM between 2001-2010.

After beginning his career as a doctor in London, Haines went on to serve in countries such as Jamaica and Nepal. His work treating vulnerable populations in low-income settings influenced his later career, both as a practicing family doctor and in making the link between ill-health and environmental changes. In the 1990s, along with eminent epidemiologist Professor Tony McMichael, he co-authored some of the most important early assessments of climate change and human health.

Since then, his work has focused on the environmental influences on health, including the effects of climate change – as well as the health co-benefits of low carbon policies. From 1993-6 he was the Regional Director of Research at the National Health Service, North Thames. He was knighted for services to medicine in 2005.

Haines has been a member of many international committees including the WHO Advisory Committee on Health Research, and the UN Intergovernmental Panel on Climate Change for the Second, Third, and Fifth Assessment Reports.

He is currently ranked #28 on The Reuters Hot List of the top 1000 most influential climate scientists worldwide and is the highest-ranked health scientist on the list. In 2021, Haines co-authored the book, Planetary Health: Safeguarding Human Health and the Environment in the Anthropocene, with Howard Frumkin.

Not only was Haines one of the first scientists to sound the alarm about the dangers climate change posed to human health; he was also among the first to research the health benefits of actions to reduce greenhouse gas emissions.

Haines’ scientific leadership on the health ‘co-benefits’ of climate mitigation actions – such as walking, cycling, and using public transport instead of driving, moving towards a more plant-based diet, and switching to clean renewable energy – has had a profound impact on re-framing the climate discourse towards a positive and socially-attractive narrative.

In 2014-2015 he chaired the Rockefeller/ Lancet Commission on Planetary Health, which reported that “we have mortgaged the health of future generations to realize economic and development gains in the present,” and made policy recommendations to stabilize Earth’s key life-support systems.

In 2019, Haines’ co-authored The Imperative for Climate Action to Protect Health in The New England Journal of Medicine. The article detailed how, if no additional actions were taken to combat climate change in coming decades, “substantial increases in morbidity and mortality” could be expected – including illnesses related to heat, poor air quality, food insecurity, as well as vector-borne diseases.

A LEADER IN PLANETARY HEALTH

Haines is a passionate collaborator and mentor to the next generation of planetary health leaders. “I’ve learned that the secret to success is who you collaborate with. I’ve got a great team of colleagues – mainly young, early-career colleagues now. They’re absolutely tremendous and it’s a great privilege to work with them,” he said.

Through his work addressing the environmental challenges confronting humanity, Haines strives to influence both policy and practice.

“My hope is that by emphasizing the opportunities to improve health, we can increase the motivation for climate action and accelerate progress towards net-zero emissions.”