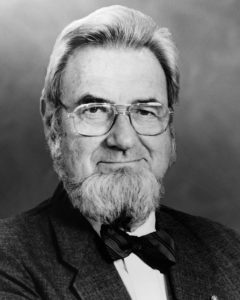 C. Everett Koop was the Surgeon General of the United States from 1981-1989, he served as the conscience of the nation as Americans changed their attitudes on the dangerous effects of smoking. Through his campaign, a healthier public environment has been created and 20 million Americans have given up the smoking habit.

C. Everett Koop was sworn in as the 13th Surgeon General of the United States in 1981. As the chief public health officer in the U.S., Dr. Koop transformed his office into a mighty weapon for public education on smoking, AIDS (acquired immune deficiency syndrome), diet, and the health of children. Dr. Koop stood as the sentinel and the conscience of the nation as it turned an historic corner in the recognition of and response to the risks of individual smoking, passive smoking, and the AIDS epidemic. His frank stands and formal reports were unprecedented in their candor, explicit language, and advocacy of improved elementaryschool health education.

As early as May 20, 1984, Dr. Koop announced his plan for a Smoke Free Society by the year 2000. His quest was consistent with the mix of idealism and pragmatism which he applied to all major public health issues he faced as Surgeon General. Persuaded by medical research that secondhand smoke had a dangerous effect on non-smokers, Dr. Koop advocated smokefree environments in the workplace, in restaurants, and in airplanes. He was instrumental in inspiring many changes in state and local laws affecting smoking in public places. When he tackled the subject of smoking in a 1986 report, Dr. Koop bluntly linked all forms of cigarette smoking to cancer, shed light on the addictive dangers of nicotine, condemned smoking as “the greatest killer and producer of premature deaths” in the United States, and exhorted physicians to accept a greater role in educating their patients about the hazards of smoking. He was the first national health official to publicly acknowledge that smoking cigarettes is linked to strokes, chronic lung diseases, and cancer in organs not related to the respiratory tract.

C. Everett Koop presided over an era of fundamental change in the opinion of the American people about smoking especially the hazards of exposure to tobacco smoke in the environment. Through intensely personal leadership, Dr. Koop’s impact was catalytic on cleansing enclosed living environments. He claims the decrease in the number of smokers as his greatest accomplishment while in office.

The number of American smokers dropped from 34% to 26% – almost 20 million people – during his tenure as Surgeon General. Dr. Koop was particularly critical of the tobacco industry for targeting young people as the next generation of “replacement smokers,” so he launched a campaign to inform children of the negative effects of smoking.

AIDS provoked growing concern during 1986 as health authorities began to realize the full implications and international dimensions of the disease. The potential global consequences of the AIDS epidemic were officially recognized by the World Health Organization (WHO) in November, 1986, in an announcement which described the disease as “a health disaster of pandemic proportions.” The prospect that heterosexual transmission might become predominant outside of Africa could not be dismissed. In a report issued in 1986, Surgeon General Koop warned of the potential spread of AIDS beyond the already identified highrisk groups to the population at large. By mailing an informative pamphlet on AIDS to every American household, Dr. Koop gave most people their first comprehensive information in plain language about the disease.

When he was sixteen at Dartmouth College, Koop decided to specialize in pediatric surgery because there were only five such physicians in the nation. After receiving his degree from Dartmouth, he graduated from Cornell Medical School, and pursued his Sc.D. at the Graduate School of Medicine at the University of Pennsylvania. In 1947, Dr. Koop joined the University of Pennsylvania Hospital as Assistant Surgeon. One year later he was named SurgeoninChief at the Children’s Hospital of Philadelphia, where he established the nation’s first neonatal intensive care unit. 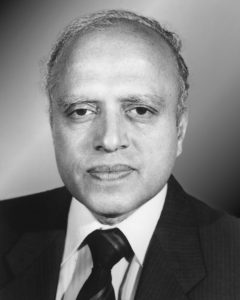 M.S. Swaminathan is one of the world’s preeminent agricultural scientists, his plant breeding programs have led to dramatically increased crop yields in India. His efforts to improve quality and quantity of crops have earned him the reputation as the scientific leader of the “Green Revolution” in Asia.

M.S. Swaminathan’s mission in life has been to increase biological productivity on an ecologically sustainable basis. One of the world’s most eminent agricultural scientists, Dr. Swaminathan has singlemindedly devoted himself to research in genetics and breeding to discover genetically superior strains of wheat, rice and coarse grains to enhance the productivity and stability of food crops in India and other parts of the Third world. While searching for methods to achieve higher production, he has been sensitive to the need for populous, landhungry countries like India to protect forest land from being destroyed and to adopt “land saving agriculture.”

A world leader in environmental conservation, Dr. Swaminathan recognized very early in his career the need for the preservation of biological diversity. His doctoral work at Cambridge University focused on the Commonwealth potato collection; and, in 1952, he helped organize work at the Interregional Potato Introduction Station at Sturgeon Bay, Wisconsin. Returning to India, he started assembling genetic material for wheat and rice in 1954. This work led him to launch a plant collection expedition in Northeast India in the early 1960’s, in association with Drs. S.V S. Shastry, S.D. Sharma, and E.A. Siddiq, to assemble and preserve the many genotypes of wild rice that were threatened by the spread of shifting cultivation in the region. This assemblage of over 6000 strains, known internationally as the “Assam Rice Collection,” has proven to be a goldmine of genes resistant to rice pests and possessing other valuable economic traits.

Serving as Director General of the International Rice Research Institute in the Philippines from 1982 to 1988, Dr. Swaminathan reorganized the rice gene collection, retitled it the “International Rice Germplasm Center,” and launched an intensive drive for the collection and conservation of wild rices. More recently, he has organized a Community Biodiversity Conservation Movement in India; and, as Honorary Director of the Centre for Research on Sustainable Agricultural and Rural Development in Madras, he is organizing a Genetic Resources Center for Adaptation to Climate Change. This unique center will assemble species and strains possessing genes for tolerance to sea water intrusion as well as to flooding and drought, in anticipation of the possible longterm effects of global warming.

Secretary General of the United Nations, Javier Perez de Cuellar praised Dr. Swaminathan on the occasion of his receipt of the first World Food Prize in 1987, declaring, “By any standards, he will go into the annals of history as a world scientist of rare distinction.”