F. Herbert Bormann and Gene E. Likens are being honored with the 1993 Tyler Prize for bringing fundamental order to the science of ecology and for creating the premier model for ecosystem studies in the world. They conceived the idea of utilizing a small watershed for controlled experiments on a whole forest ecosystem. They developed and managed The Hubbard Brook Ecosystem Study, which is celebrating its 30th anniversary this year. In bestowing this honor on Drs. Bormann and Likens, the Tyler Prize Executive Committee recognizes their brilliant record of innovative scientific leadership that has stretched the boundaries of environmental knowledge through startling discoveries which changed American law and international policy. 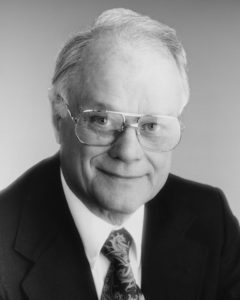 The discovery of acid rain at Hubbard Brook resulted in the recognition of acid rain as a major environmental problem in North America. These findings led to the first international symposium on acid rain, to the understanding that acid rain was a worldwide phenomenon, and to intensive studies of acid rain throughout the United States and Canada. Research from the Hubbard Brook Ecosystem Study played an important part in development of the Clean Air Act of 1990.

A national debate on the deleterious effects of forest clearcutting was sparked by research at Hubbard Brook. The loss of soil fertility and chemical degradation of stream water led to intensive research on the effects of forest disturbance and has become a part of environmental impact statements issued for forest and park lands throughout the United States.

Hubbard Brook is located in the White Mountain National Forest of New Hampshire where work has proceeded with the cooperation of the U.S. Forest Service under the leadership and inspiration of the late Dr. Robert S. Pierce. 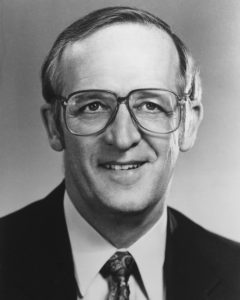 Professors Bormann & Likens joined forces at Dartmouth in 1961 and together they developed, refined and perfected the technique for controlled watershed experiments. Herbert Bormann is now Oastler professor of Forest Ecology, Emeritus, Yale University, where he began teaching in 1966. He served as President of the Ecological Society of America in 197071; and he was elected by his scientific peers to the American Academy of Arts and Sciences in 1972 and to the National Academy of Sciences in 1973. Dr. Bormann earned his B.S. in Agricultural Science from Rutgers University and his Ph.D. in Plant Ecology from Duke University.

Gene Likens taught at Cornell University from 1969 – 1983. In 1983 he created the Institute of Ecosystem Studies of the New York Botanical Garden. The Institute is located at the Mary Flagler Cary Arboretum in Millbrook, New York. Dr. Likens continues to hold professorial appointments at Yale, Rutgers, and Cornell Universities. He has been honored by his scientific peers with election to the American Academy of Arts and Sciences in 1979, the National Academy of Sciences in 1981, the Royal Swedish Academy of Sciences in 1988, and the British Ecological Society in 1991. Dr. Likens earned his B.S. in Zoology from Manchester College and his M.S. and Ph.D. in Zoology from the University of Wisconsin, Madison.