Two eminent scientists in the field of conservation biology will receive the 2001 Tyler Prize for Environmental Achievement. 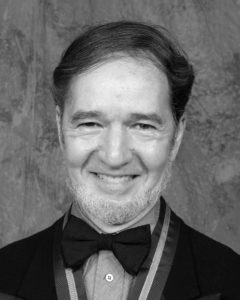 Jared M. Diamond is honored for his pioneering work in the field of conservation biology. His research has led to the recognition of a sub-field of community ecology based on “assembly rules”, competition and community dynamics. His novel theories relating species extinction rates to habitat size helped give birth to the discipline of conservation biology and has served as a justification for large nature reserves.

Dr. Diamond has made distinguished contributions to fundamental ecological research, public understanding of biodiversity and conservation practice in New Guinea. He is a leader in simultaneously applying his expertise in the disparate fields of physiology, ecology, conservation biology, and human history to understanding environmental problems.

Dr. Diamond’s studies on bird diversity in New Guinea tropical rainforests have made fundamental contributions to our understanding of species coexistence, altitudinal segregation of montane species, speciation in rainforest environments, and bowerbird evolution.

Dr. Diamond has played a critical role in helping the governments of Indonesia, Papua New Guinea, and the Solomon Islands to conserve their biodiversity. He designed the national park plan largely adopted for Indonesian New Guinea, surveyed 14 of its individual national parks, and carried out the environmental study that dissuaded the Solomon Islands government from bauxite mining on the uplifted coral atoll of Rennell Island.

Dr. Diamond was born September 10, 1937 in Boston, Massachusetts. He earned his Bachelors of Arts degree at Harvard College in 1958 and his Ph.D. in 1961 from the University of Cambridge, England in the fields of physiology and membrane biophysics He was a Junior Fellow of the Society of Fellows at Harvard University from 1962 to 1966. He joined the faculty of UCLA Medical School as an Associate Professor in 1966 and was promoted to the rank of Professor in 1968. In 1973, he was appointed as a Research Associate in Ornithology at the American Museum of Natural History in New York. He has also held the position of Research Associate in Ornithology and Mammalogy at the Los Angeles County Museum of Natural History since 1985. Dr. Diamond was a MacArthur Fellow from 1985 to 1990. He became a contributing editor to Discover Magazine in 1984 and has been a Director of the World Wildlife Fund, U.S.A. since 1993.

Dr. Diamond has devoted much of his time to popular science writing, in order to convey understanding of important scientific issues to the general public. Dr. Diamond is famous for two of his books – The Third Chimpanzee, which puts humanity into an evolutionary perspective, and Guns, Germs, and Steel, a profound explanation of why civilizations evolved down such different paths. The Third Chimpanzee received Britain’s Science Book Prize and the Los Angeles Times Science Book Prize in 1992. Guns, Germs, and Steel received numerous prizes including Britain’s Science Book Prize, the Phi Beta Kappa Science Book Prize, California Book Awards Gold Medal in nonfiction, the Lannan Literary Award for nonfiction, and the Pulitzer Prize for nonfiction in 1998. Dr. Diamond has also authored 5 other books and 2 monographs, and has published 557 articles in scholarly journals.

Dr. Diamond has been a member of the U.S. National Academy of Sciences since 1979. He is also a fellow of the American Academy of Arts and Sciences and a member of the American Philosophical Society. He is the recipient of numerous research prizes from a variety of scientific societies, including the American Gastroenterological Association, the American Physiological Society, the National Geographic Society, and the American Ornithologists’ Union. He has also been the recipient of a number of medals including the Conservation medals of the Zoological Society of San Diego (1993), the Carr Medal (1989), and Japan’s International Cosmos Prize (1998). In 1999, President Clinton bestowed the USA’s highest honor, the National Medal of Science, for his landmark research and breakthrough discoveries in evolutionary Biology.

Dr. Diamond is an extraordinary scholar and teacher. His cumulative contributions to both scientific theories and the public’s understanding of nature have enabled many people to share in the excitement of new knowledge. 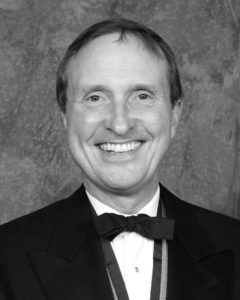 Thomas E. Lovejoy is also being honored with the 2001 Tyler Prize for his pioneering work in the field of conservation biology. He elucidated the concept of the Minimum Critical Size of Ecosystems (MCSE) and was thus central to calling to world attention to the critical problem of dwindling tropical forests. He is credited with coining the term biological diversity, now shortened to biodiversity. Perhaps his best-known idea is the “debt-for-nature swap,” which allows developing nations to convert foreign debt to nature reserves and conservation programs. This concept has established environmental trusts funded with billions of dollars in debt and is one of the largest new sources of funding for international environmental projects.

Dr. Thomas E. Lovejoy is one of the world’s leading environmental problem solvers and ecological scientists. He conceived the MCSE research project, also known as the Biological Dynamics of Forest Fragments Projects, one of the world’s largest controlled experiments. It is a joint initiative of the Smithsonian Institution and Brazil’s National Institute for Amazon Research. The project studies the capacity of forest fragments of varying sizes to sustain biological diversity. Established in the 1970’s in the Brazilian Amazon, binational teams of scientists accumulated evidence that more species are protected in a single large reserve than are protected in several small reserves which total the same area. This finding, and additional findings on edge-related effects, has immense practical implications for the design and management of parks and reserves. For his many conservation initiatives in Brazil, Dr. Lovejoy was the first environmentalist to be decorated by the Brazilian government with the Order of Rio Branco. In 1998, Brazil awarded him the Grand Cross of the Order of Scientific Merit.

Dr. Lovejoy was born on August 22, 1941, in New York City. He became interested in biology at age 14 while attending the Millbrook School, Millbrook, New York. He earned both his bachelor’s degree in Biology (1964) and his doctoral degree in Biology (1971) from Yale University. He was a Yale Carnegie Teaching Fellow from 1964 to 1965. He was a Research Assistant for the Belem Project at the National Museum of Natural History, Smithsonian Institution. He served as the Executive Assistant for planning at the Academy of Natural Sciences of Philadelphia. Through the mid 70’s and mid 80’s he held a number of positions with the World Wildlife Fund – USA, including Program Director, Vice President for Science, and Executive Vice President. In 1987, he moved to the Smithsonian Institution as Assistant Secretary for Environmental and External Affairs. He served as the Science Advisor to the Secretary of the United States Department of the Interior in 1993. He has been counselor to the Secretary on Biodiversity and Environmental Affairs of the Smithsonian Institution from 1994. He was Director of the Institute for Conservation Biology until 1998. He is currently on leave and serves as the Chief Biodiversity Advisor and Lead Specialist for Environment for Latin America and the Caribbean, at the World Bank.

Dr. Lovejoy was one of the very first presidents of the Society for Conservation Biology. He served or serves on numerous scientific and conservation boards and advisory groups including: the New York Botanical Garden, Global Environment Facility, Committee for the National Institute for the Environment, Royal Botanical Gardens at Kew, Wildlife Preservation Trust, Resources for the Future and World Resources Institute. He is a Fellow of The American Academy of Arts and Sciences, The American Association for the Advancement of Sciences, The America Ornithologists’ Union, The American Philosophical Society, and The Linnean Society of London

Dr. Lovejoy is the author of numerous scientific papers and is also the author or editor of 5 books including Key Environments: Amazonia with G. T. Prance, Global Warming and Biological Diversity with R. L. Peters, Ecology, Conservation and Management of Southeast Asian Rainforests with R. Primack and Lessons from Amazonia with R. O. Bierregaard, Jr., C. Gascon and R. Mesquiuta.

Dr. Lovejoy has earned a position as one of the most respected and influential leaders of the environmental movement. He is particularly skilled and effective in bridging the gaps that so often exist between science and public policy. Few scientists have had a greater and more constructive impact on the policies and practices of governments, particularly in the Americas, in respect of biodiversity and the conservation of tropical forests.