The Tyler Prize for Environmental Achievement Executive Committee today named Simon A. Levin, PhD, of Princeton University, the recipient of the 2014 Tyler Prize for his research revealing the complexity of, and relationships between, species and ecosystems. His work has been fundamental in the crafting of environmental policies and advancing the study of complex ecosystems – the myriad relationships and interactions in nature.

Since its inception in 1973 as one of the world’s first international environmental awards, the Tyler Prize has been the premier award for environmental science, environmental health and energy. 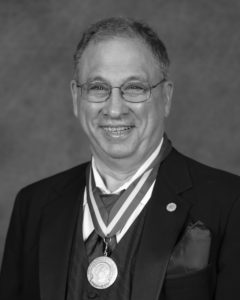 Levin’s research has led the way to a deeper understanding of the interactions among groups of plants and animals living together, to their impact on the environment, to the interplay of different ecosystems – forests, oceans and tidal zones, for example. This research has revealed insights into evolution and the origins of biodiversity, leading to improved management of natural resources, like forests and fisheries, as well as broader environmental policies. Fundamentally, Levin’s work on theoretical ecology – ecology based on mathematical modeling – has helped to put environmental research into context and provide a big picture for understanding our environment.

Levin’s work has shed light on fundamental group dynamics like cooperation, competition and leadership within communities – be it human, other animal, plant or microscopic –– and these insights are applied to topics as diverse as the growing threat of antibiotic resistance and building responsive healthcare systems, to international finance and responding to bioterrorism.

“What is so impressive about Simon Levin and his work is that he is a connector,” said Tyler Prize Executive Committee Chair Owen T. Lind, Professor of Biology at Baylor University. “His work has bridged the theoretical with the work of ecologists in the field, and connected complex ecological systems to social science and environmental and public policy. It is rare to see one expert have such a dramatic impact on so many fields.”

“I started as a mathematician who wanted to use math to make the world a better place,” said Levin. “Environmental degradation was a huge concern for me. Eventually, I realized the complexity we see in nature can offer incredibly valuable lessons for more than individual environmental problems; this work also translates to everything from the relationships among banks to the prospects of international collaboration to addressing climate change.”

“I’ve never been satisfied focusing on one topic, so I love being able to jump back and forth between big problems,” explained Levin.

As the winner of the Tyler Prize, Levin will receive a $200,000 cash prize and a gold medal. The Prize, awarded by the international Tyler Prize Executive Committee with the administrative support of the University of Southern California, honors exceptional foresight and dedication in the environmental sciences – qualities that mirror the prescience of the Prize’s founders, John and Alice Tyler, who established it while the environmental debate was still in its infancy.

Previous laureates include Edward O. Wilson, recognized for his early work on the theory of island biogeography; Jane Goodall, selected for her seminal studies on the behavior and ecology of chimpanzees and her impact on wildlife awareness and environmental conservation; Jared Diamond and Paul and Anne Ehrlich, renowned authors who helped give birth to the discipline of conservation biology; and Thomas Lovejoy, a central figure in alerting the world to the critical problem of dwindling tropical forests. A full list of past winners is available here.

Recognizing Complexity: Rethinking Ecosystems
Rather than viewing the environment as tending toward a stable balance, Levin’s work has helped to fundamentally clarify the way ecosystems work. Where previous models operated on the assumption that these relationships are static or strike equilibrium, Levin’s work has shown the fluidity of ecosystems due to individuals and species competing for and consuming resources. This complicated network and its constantly changing nature comprise what has been dubbed a “complex adaptive ecosystem.”

“Our planet is more than the sum of these individual interactions and relationships,” said Levin. “Each of these systems influences each other and collectively determines the health of our planet.”

Ecology Driving Economics, Bioterrorism Preparedness and Healthcare
Levin’s work is so fundamental to understanding how groups in nature interact, cooperate and compete that it has shed light on economics, international relations, bioterrorism and health policy. Over the years, Levin has served on committees of the National Academy of Sciences, the Institute of Medicine, the World Economic Forum, the World Bank, and the Smithsonian, and has performed research supported by the National Science Foundation, the Defense Advanced Research Projects Agency (DARPA), the Army Research Office, Homeland Security and the National Institutes of Health, among others including the Andrew Mellon and Sloan Foundations.

“This work is about systems and relationships more than individual players,” said Levin. “Modeling a forest ecosystem in which there are a number of complicated relationships isn’t that different from the global financial system of banks, investors, businesses and financial markets. Just as the global financial crisis was sparked by a handful of players, a change in one species can impact an entire forest ecosystem.”

Following the attacks on September 11th, Levin served on committees to provide recommendations on addressing the threats of terrorist attacks involving biological weapons. In considering ways to respond to an attack, Levin drew comparisons to the human immune system.

“You can stockpile vaccines and antidotes to prepare for a bioterrorist attack, but if terrorists know what you’re stockpiling they’re just going to try something else,” said Levin. “You have to take a systemic view and look at models like the human immune system, which are adaptive. The immune system issues a generalized response to new threats while tailoring new defenses that are specific to an attack.”

Addressing Climate Change: Lessons from the Animal Kingdom
In addition to modeling the relationships between the causes and effects of changing climate, lessons from Levin’s work and collaborations with social scientists and economists could help to drive strategies to create international collaboration for climate change.

“One of the fundamental challenges we face is how to build will and cooperation to protect our shared global resources; we all benefit from common goods that no one person or country owns, like clean air and a healthy environment, but it takes international cooperation to maintain these,” explained Levin. “We can learn a lot about how individuals cooperate, how leadership occurs, and even why individuals assume different roles in society, by looking to something as far-removed as a slime mold or a school of fish.”

“But we can’t stop there; we need to build models that go beyond analogies to the specifics of human decision-making to assure a sustainable future for our children and grandchildren.”