These two outstanding climate scientists, have pioneered innovative scientific investigations and analysis of global change. They both have the courage and commitment to inform and advance public discourse and policy on climate change, as well as to inspire civic engagement to take-action to protect the planet and people.

Michael E. Mann is recognized for investigating climate dynamics and variability, identifying historic patterns and Northern Hemisphere time series through the use of proxy data reconstructions — the “hockey stick model”, and steadfastly informing public discourse on the effects of climate change

Warren M. Washington is recognized for pioneering the development, and wide use of global climate models to understand the role of human activities and natural processes contributing to global climate change, he has mentored generations of atmospheric scientists, and continues to champion a diverse and inclusive science and engineering workforce. 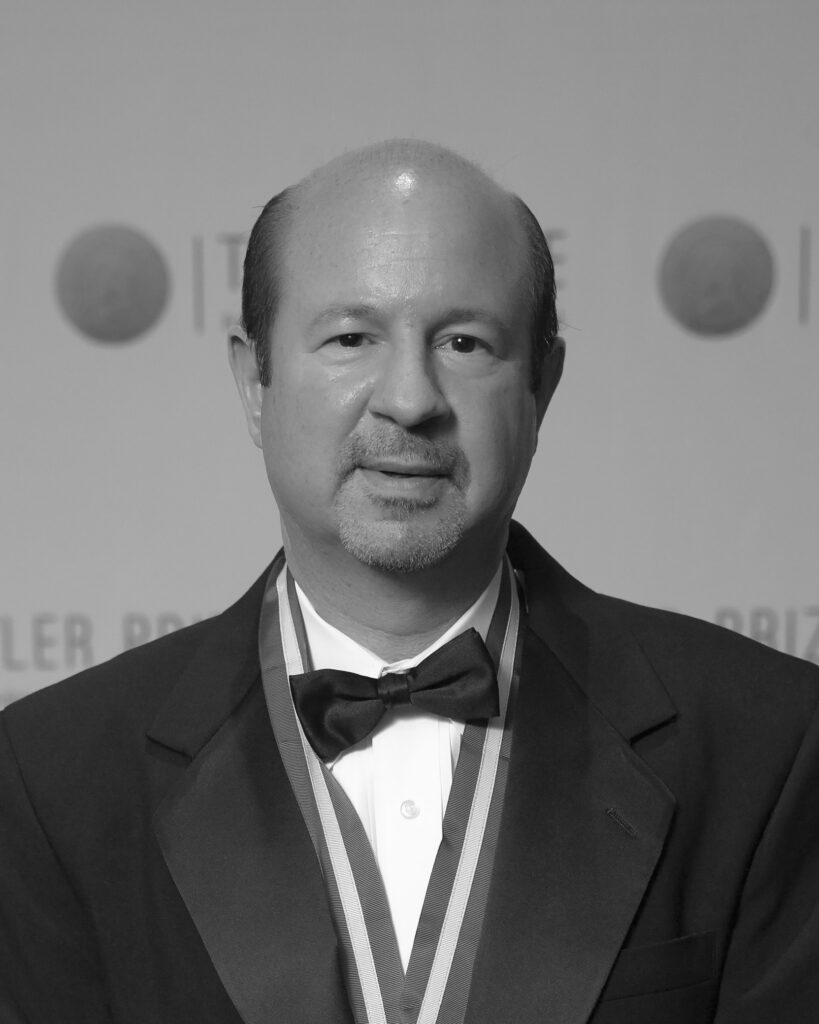 Having been ranked among the top 50 most influential people in the world, Dr. Michael E. Mann is one of the world’s ‘go to’ climate scientists.

Mann pioneered statistical techniques to reconstruct past global temperatures using ‘proxy data’ from ice cores, tree rings, lake sediments, and other markers. By tracking the Earth’s temperature back hundred of years, Mann was able to graphically demonstrate that the increase in temperature since the 20th century was both anomalous and historically-unprecedented. This graph, known as the Hockey Stick (1999), presented clear scientific evidence of anthropogenic climate change.

The Hockey Stick graph quickly became the most controversial graph in modern science, and the resulting media attention pushed Mann into the spotlight. Suddenly a target for climate deniers, his science was put under increased scrutiny and he became the recipient of attacks from governments, individuals, and fossil fuel companies. Some of these escalated to lawsuits and death threats.

Mann was a contributing author for the 2001 Intergovernmental Panel on Climate Change (IPCC) Third Scientific Assessment Report, co-leading the chapter ‘Observed Climate Variability and Change’, in which the Hockey Stick graph appeared. Later, his work with the IPCC was recognized with the 2007 Nobel Peace Prize.

Never passive, Mann pushed back and defended his science and the science of climate change more generally, thrusting himself into the world of climate science communication. Aside from over 200 peer reviewed publications, Mann has written four books and numerous op-eds and commentaries. He is the co-founder of RealClimate.org, an award-winning climate change website. 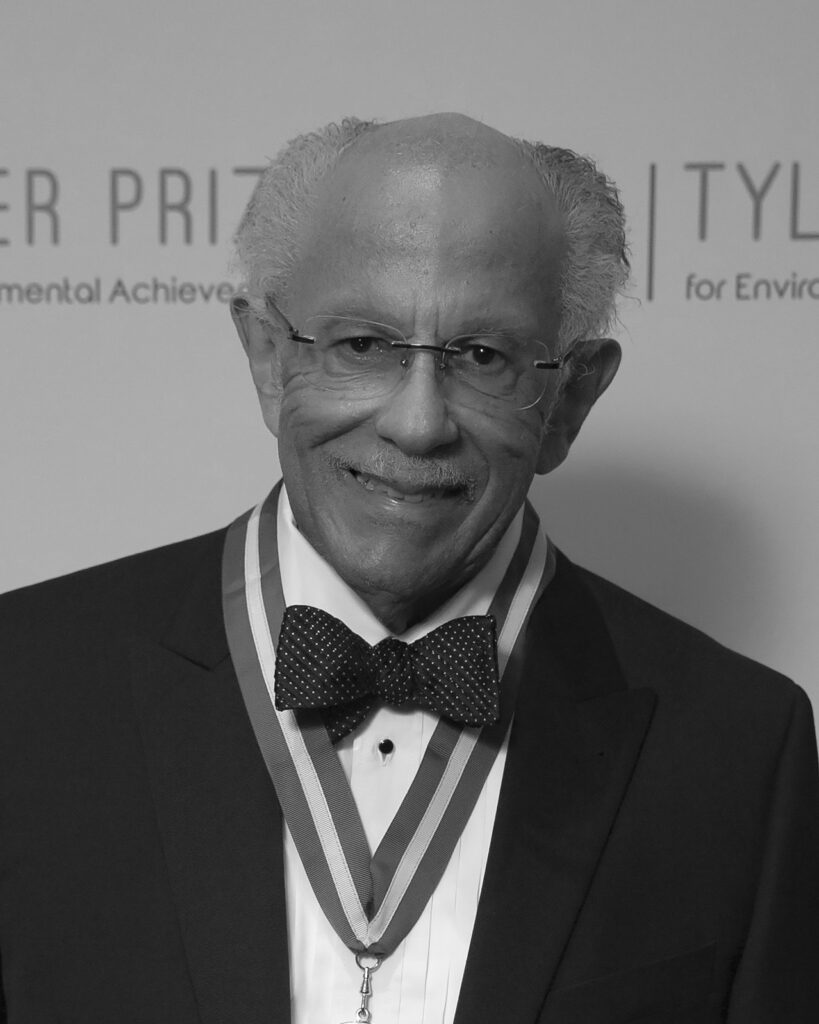 Previously President of the American Meteorological Society, Washington is currently a Distinguished Scholar at the National Center for Atmospheric Research (NCAR), where he focuses on climate and global dynamics research.

The impact Washington’s climate models have had on improving our understanding of the climate is huge. Using the laws of physics, climate modeling has allowed us to study weather patterns, explore large-scale climate, and project long-term climate and weather possibilities with astounding accuracy. Washington was a pioneer in his field, as one of the first scientists to realize and use various climate models to this end, paying specific attention to climate change. Having starting with the original clunky, room-sized computers, his methodology of creating more accurate and comprehensive climate computer models is still the basis of what we use today. Washington incorporated new findings into his models for the highest accuracy, which is how crucial elements such as sea ice, ocean, surface hydrology and vegetation are now essential aspects of climate computer models.

Washington began his work with climate modeling as a research assistant at Pennsylvania State University in 1960. After receiving his PhD, he moved to NCAR in 1963. He has been part of almost 100 councils, boards and committees throughout his career; including the President’s National Advisory Committee on Oceans and Atmosphere, the National Science Board (Chair from 2002-2006) and the National Oceanic and Atmospheric Administration Science Advisory Board. He has advised Democrats and Republicans, State and Federal governments, six consecutive presidents, researchers and scientists, universities, and occasionally entertainers in the ways of climate, computer models, and atmospheric sciences.

As the second African-American to be awarded a PhD in Meteorology, Washington has become an inspiration and a leader to minorities in not only his field, but within the larger science community. He has received multiple awards, among them the National Medal of Science, presented by President Obama in 2010 and shared in the International Intergovernmental Panel on Climate Change (IPCC) 2007 Nobel Peace Prize, in recognition of his contributions to climate science. Washington has written over 150 published papers alongside two books, one of which has been described by his peers as “literally the book on climate modelling.”

Washington completed his Bachelor of Science (Physics) at Oregon State University (OSU), before his summer work at a weather station made him fascinated by storm patterns, inspiring him to get a Master of Science (Meteorology), also at OSU. He continued on to get a PhD in Meteorology from Pennsylvania State University, where he started to experiment with weather models. He is currently a member of the National Academy of Engineering, the American Philosophical Society, and the American Academy of Arts and Sciences. 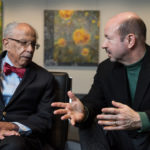 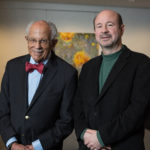 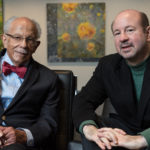 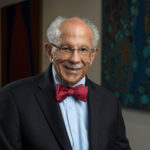 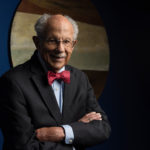 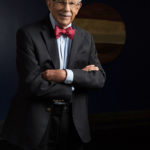 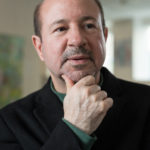 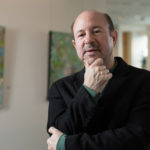 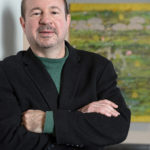